“You won’t change the world by saving an animal, but you will change that animal’s world.” – Unknown

My social media accounts have been flooded with adorable photos and videos of my dog, Jackson. If you have read about Jackson in my previous blog post, “Who Rescued Who?”, then you already know a bit about him. However, for those of you who do not know the story, I adopted Jackson in February of 2018. He had been abandoned in Eastern Kentucky and needed a home. Luckily, at that same time, I needed a four-legged best friend!

If you truly know me, you know that I can be a passionate person. I feel strongly about specific things. One of my passions has become centered around animals. Even as a child, I loved animals. Fun fact: I used to rescue worms off the hot sidewalks in the summer. However, my love for animals didn’t truly become a passion until I had spent a few months with Jackson.

For those of you who have never rescued a pet before, allow me to warn you that it isn’t always butterflies and rainbows. In fact, it is difficult. When I first adopted Jackson, he would barely let me touch him, he was afraid of people, he was aggressive to other animals, and he would go on hunger strikes. However, it is totally worth it once you begin to see the changes that you can make in an innocent animal. Six months later, Jackson is an entirely different dog than when he first came home with me. Of course, there are still some challenges that we are working through, but he has made so many positive changes. Honestly, it makes my heart feel overwhelmed with joy to consider where he has been and where has ended up.

I wanted to write this blog post to share with people the difference that saving an animal can do; not only for the animal, but for you as well!

You will watch them grow. 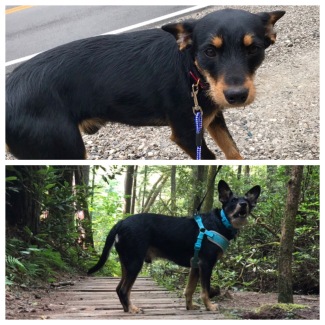 The day I adopted Jackson, I remember noticing how skinny he was. Since he had been abandoned, I had assumed that he could be malnourished, but it is completely different when you see it first-hand. As I held him in my lap on the drive home, I could feel his ribs. It was heartbreaking. However, six months later, Jackson has gained a good amount of weight and he is strong. He now has the pleasure of never being afraid that he will not eat anytime soon.

You will watch them begin to trust again. 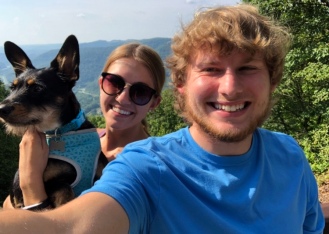 In Jackson’s case, he was very wary around new people. He would barely let me touch him at first and now I cannot keep him away from me (a good problem). Also, he would not even let my best friend come in the same room as him. He would become aggressive. It did not take long to realize that he showed aggression towards men, so I assumed he may have been mistreated by a man. As time went on, Jackson has begun to trust people, even men, again. He still gets anxious if he is overcrowded by people, but he is doing much better now.

You will watch them get comfortable. 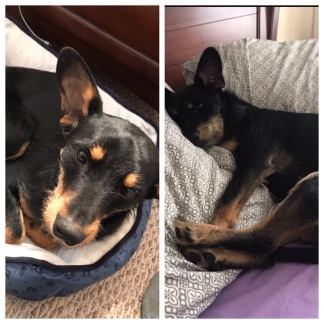 When you first adopt a pet, they may show signs of being uncomfortable. Jackson would not sleep on the bed, even though he was allowed. For weeks, he slept on the floor beside my bed. Eventually, he began to sleep on the edge of it. Now, he basically sleeps right on top of me. He has made my home his home. One of the best moments you will experience is when your pet finally sleeps next to you.

You will watch their personality explode.

After the initial adoption, a pet may feel uneasy and not show much personality. Jackson didn’t even play with toys the first couple of days. However, as time goes on, you will find that your pet has such a vibrant personality. If Jackson isn’t “talking” to me, he’s tossing his toys around the house. A bonus is that they can make hilarious faces, too!

They will become your best friend. 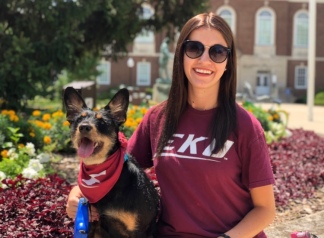 Jackson and I have been through a lot together over the past six months. He’s been on all of my hiking trips, he’s made me laugh when I wanted to cry, and he has always been there greet me when I come home. Choosing to adopt a pet will be the best decision of your life. If you find that you have the opportunity, the time, and the financial ability to adopt, I would urge you to do so!

As always, if you have any questions about this, visit my ‘Contact’ page!

Published by Coffee With Kels

Jesus. Small towns. Appalachian Moutains. Dogs. Coffee. These are just a few things that describe who I am. This blog is dedicated to sharing thoughts and ideas about any and all aspects of life from my personal viewpoint. I hope you'll enjoy it! Happy reading :) View all posts by Coffee With Kels